The ALTERNATIVE is a celebration of life, love and laughter ─ God’s Presence as you’ve probably never pictured it before.

Jesus invented this radical style of ministry, providing an alternative to some of the dry and draconian forms of religion in his day.

Not everyone was a fan of this kind of hands-on approach…but it worked!

But when some of the Jewish religious leaders saw him eating with these men of ill repute, they said to his disciples, "How can he stand it, to eat with such scum?" When Jesus heard what they were saying, he told them, "Sick people need the doctor, not healthy ones! I haven't come to tell good people to repent, but the bad ones."
Mark 2:16-17 TLB

The ALTERNATIVE is a modern-day model of what the Lord did throughout His ministry:

He reached the unreachable
He brought the good news of the Gospel to those that were hopeless
He brought healing and deliverance to the streets
He ministered in places that would have been considered the World’s domain, such as pubs (Mark 2:16-17)

And the Lord answered me, and said, Write the vision, and make it plain upon tables, that he may run that readeth it.
Hab 2:2 KJV

Imagine a setting where individuals could absorb the Presence of God without being paranoid or self-conscious about not being accepted. Picture a place where you could buy yourself drinks, dance on a dance floor or engage in down-to-earth conversations with friends, and yet still expect a touch from God.

The ALTERNATIVE will offer the best in contemporary  Christian music, it will be hosted by the most anointed MCs in the city, and projected on the wall at all times will be the most powerful imagery available through our media department.

At various points throughout the evening, there maybe a five minute word of encouragement, a poem or other forms of sharing. A specially trained Prayer Team will also be on hand to minister to the needs of anyone who requests it.

The atmosphere will be soaked and saturated in prayer before during and after the events, and there will also be “prayer rooms” for those that express the need for deeper ministry.

This format of ministry isn’t simply yet another Christian event for Christian people, but rather it is an outreach. It is somewhere Christians can bring unsaved neighbours, workmates, friends and family for an unforced encounter with the Spirit God.

We will begin with small unassuming venues but as we grow in experience and support, we will head for the City Centre. If the unsaved can have Halloween, Stag and Hen night themes etc running through the artery of Birmingham City Centre’s night life, then why should we keep what we have under a bushel?

“Neither do men light a candle, and put it under a bushel, but on a candlestick; and it giveth light unto all that are in the house.”
Matt 5:15 KJV

We at TLC will never hide the beauty of our Lord Jesus under any ‘bushel’.

The ALTERNATIVE is the ultimate fishing net, for those among us that have decided to take Jesus at His Word:

“And Jesus said unto them, Come ye after me, and I will make you to become fishers of men.”
Mark 1:17 KJV 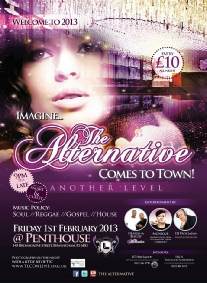 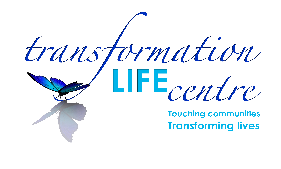